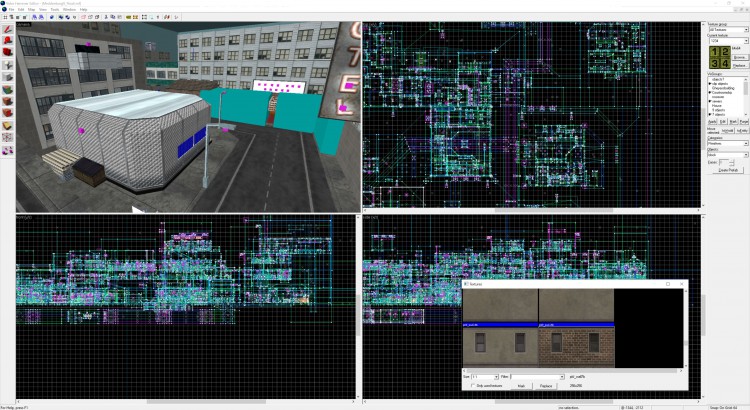 Today I decided to add in my coding section under the website. I do a fair amount of coding in my spare time, but I also saw it as a chance to release my really old Half-Life 1 maps, this time open source. These maps include the following:

I also made some instructions on building Mecklenburg the way that I did, as well as the binary tools I used at the time to build them. Now, I bet there are far better tools/techniques these days to build really old maps, but maybe you want to build them all messed up like I did till I figured out how to actually bake lights right when it didn’t take me a day to do it.

Have fun looking through the past: http://git.fjmaps.com/Maps 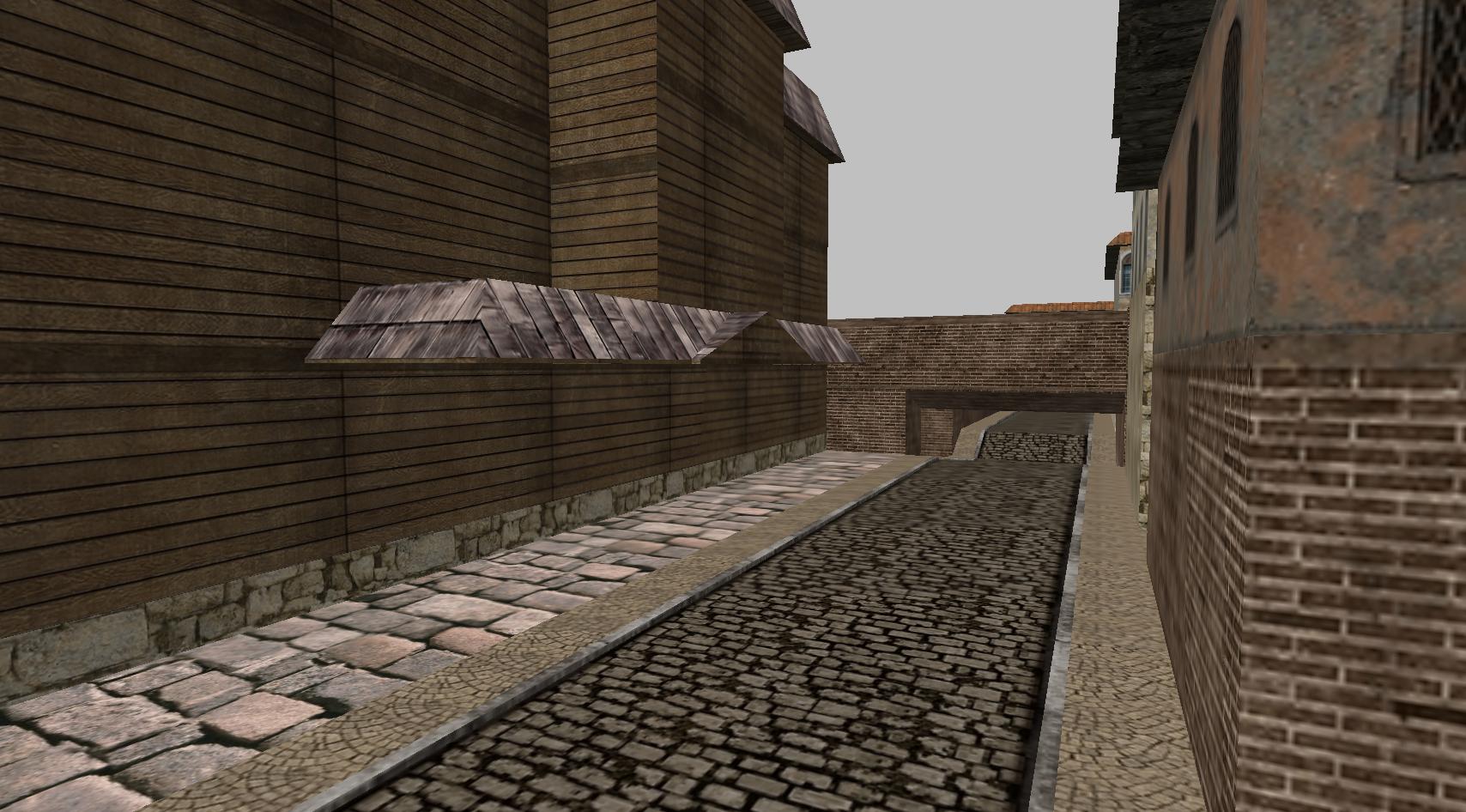 When I migrated this site over I had some problems bringing over all of the files. I wrote out a few things for the site and I should have a decent amount of files rehosted now. Let me know if I missed any files.

Also, I uploaded westport’s source code as well. You can get it here: http://fjmaps.com/maps/westport.zip 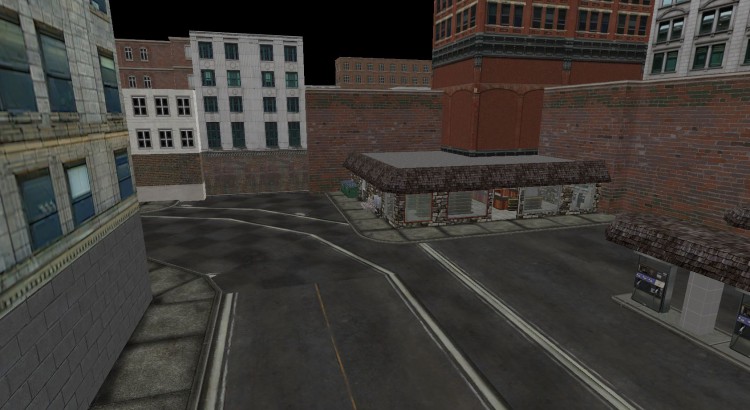 So I finally decided to get off of Dreamhost and re-host my stuff on GoDaddy. I’ll be moving parts of the site over in the meantime.

As far as maps go, I haven’t really had much inspiration to work on them lately. After switching jobs back early last April, it feels like I’ve had a lot less time. Not to mention with Source2 on the horizon, I really don’t want to invest more time in HL2 maps. Still, I’d like to get back into doing it.

In the meantime I might pick up some hobby coding projects and host them here. 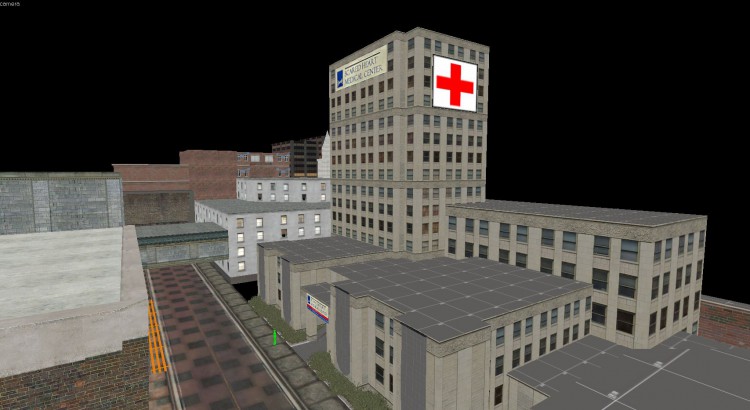 I figure I’d pick up work on Mecklenburg Source again in my spare time. I’ll rename the map to RP_MecklenburgV as the release name since someone ported the map already.

Right now I just have some basic pictures of the Medical Department. Some more pictures of the interiors of the apartments… Also, I’ll be making Junes as the mall, so I made the sign. I need to make actual textures for it, but you get the point. Will be released whenever.  Probably in a very long time. 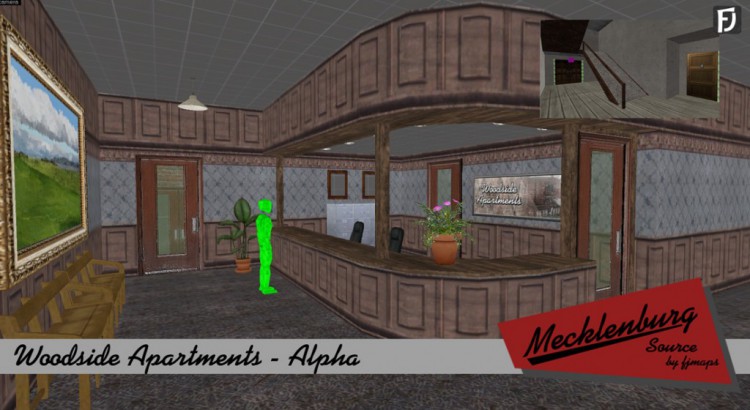 I’ve already started on doing the interiors of the apartment complex.  You can see here that a proper front desk now exists.  I’m still not sure about adding in what was apartment G.  If I did, I would make it the super’s apartment.  I will be adding a sign and a door.  Also, I’ll be adding an elevator in addition to the staircase.  The painting on the left side is something I did in photoshop a few years back.  I wanted to paint something using a picture my father took on his trip to Europe. I liked this painting so much, I think I have it framed somewhere.  At any rate, it’s framed here.  I wanted to add a bit more charisma to the map by adding in a lot of hanging photos.  To do that, I needed to make a ton of frames.  Here, you can see the process in action. I want the map to have very colorful interiors while the exteriors are very hazy and rainy.

I’ve also updated the site to host the original copy of Mecklenburg_Final and its source code.  I also added a few pages that have all of the maps for TSRP in my maps folder. Uncompressed, it’s around 700mb.  You can check them out over at the maps section of the website.

Another day, another update.  Today, we focus on the exterior of the woodside apartment complex.  Now, this name might be familiar to those who’ve played Silent Hill 2.  I’ve retained the original design of the apartments from Mecklenburg, however, I added a touch of Silent Hill 2. See for yourself.

Only the exteriors are done.  I’ll be doing the roof of the complex when I’ve finished the interior.  Tomorrow I’ll be focusing on the interiors.  Also, we’ll be dropping the Alphabetical naming scheme from mecklenburg.  We’ll start to use room 101, 201, 302, ect… This is to reduce confusion with other properties. I’ll probably make models for the signs too! Anyways, stay tuned for updates! I’ll update again when I have some considerable work on the interiors.

You heard it fellas!  Mecklenburg is getting the source treatment.  The original layout will remain, however much of the map will change.  The entire map is being made ground up. I’m redoing all of the geometry, as well as redoing the textures.  I’ll also be making some models instead of just using HL2/CSS/DOD:S content.

Some of you may notice that the back offices and the forensics room is missing from this list.  Right now, they are not part of the design of the PD.  They may be added in later if I can muster enough space while wrestling with the limits of the source engine.  For now, they will remain absent.  These pics are a work in progress, so they may not accurately reflect the final design.

The release of this map won’t happen for another few months.  I hope to get tons of work done before I head back to school.

The day is finally here!

+Fixed many graphical and gameplay bugs around the map.

+Added Term Electronics (And a server rack in there)

+All shops now have names instead of generic names

+Numerous banners have been added to the map

+More ambient sounds have been added

-Fire sounds for the fire

/Nightmode no longer has ad patches

-Can turn on/off the lights in the map from there.

+added Mystery of the Druids back in

-Removed top portion of the lab

+added police radio back in the map

+added apartment I from MecklenburgV5A6

It’s been a long time, but it’s finally here.  I’ve been lazy, I’ll be honest.

This will be the final version of Mecklenburg, you can check the changelog above for anything that has changed from Vrain Final.  In this version, I’ve included some plugins that are more focused for developers to integrate parts of the map into the plugins.  Some features will never work, like stopping the rain.  Ask the TS dev team about that one. I’ve tried a ton of stuff and I give up.  The current way I have it makes it so that rain particles ghost into the world.  Other than that, the day/night cycle works perfectly.  This map also has support for detailed textures.  Check the included readme about enabling those.

Other than that, I’m glad to see how much feedback and how many changes this map has had over the many years I made it.  Too bad TSRP is pretty much dead now, I kinda doubt people will even notice me posting this.  I’ll be including a video of me running through the map and all of it’s features sometime soon.  I’ll also include any sorta dev comments I have on the map too.  The map will be added to the regular part of the site when I have time to do so.

This is most definitely the last version of MecklenburgV.  I couldn’t pass up using the new compiling tools, VHLT, to get the lighting down. 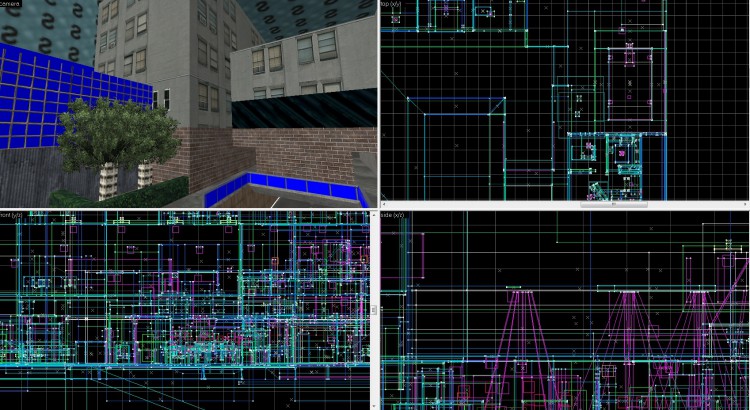 Well, I said I would do this a long time ago.

This package contains all of the source code from my first to my last iteration. It even contains versions I never released and an updated version that I never finished. I recommend you download the Shaunsville mega pack because the source files do not contain anything but the source, SHLT compiling tool, my own version of hammer, and the required wads.

What are you waiting for mappers? The source is here!